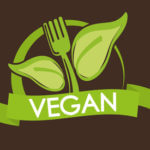 Today we’re pleased to welcome you to NAVS’ revamped and redesigned main website. In addition to bringing you new features and more content, we’ve striven to make this site visually interesting and appealing.

If you’re just starting to eat vegan and are looking for recipes, then you’ll want to check out our directory of recipes (from many talented vegan cookbook authors). Ditto if you’re the adventurous type, always ready to try new recipes, then this is the place for you. We’ll be growing this collection over time, so please stop back to find dishes that will wow your family and friends.

News Morsels, another new feature will bring you news briefs, especially reports on  studies relevant to those on the vegan path.

If you get excited to learn about vegan food and personal care products, cookware, appliances and other vegan-friendly consumer items then stay tuned at Heard About This? where we’ll be reviewing our favorites.

Now that you’re here we hope you’ll stay awhile – browse – and bookmark us for regular visits.

But that’s not all that’s new. Our World Vegetarian Day  and Vegetarian Summerfest sites have both had complete makeovers too. Each has its own distinct eye-catching look.

Vegetarian Summerfest 2016 is over, but we invite you to take a peek at our new appearance. And, while you’re there, stop in at our Photo Gallery for a pictorial taste of the conference. Oh yes, and one more thing, please come back in January when the dates and details for our 2017 event will be available.

It seems fitting to initiate this blog by sharing some of my encouraging observations on the status of veganism in our current day world.

VEGANISM IS HERE TO STAY

It’s reasonable to say that veganism has been put “on the map” as the expression goes. Granted, most of our world’s population is not vegan. Just a few decades ago veganism was basically invisible to a majority of Americans. Not anymore!

Vegans are and veganism is everywhere – literally – geographically and they’re in the pubic view. In the U.S., polls show the number of vegans at a few million. Each of these vegans interacts with family members, neighbors, friends, co-workers and the many other people who come into their lives. Overall that amounts to millions and millions of people who are aware of veganism, to one degree or another, through these personal connections.

Added to that are the news stories about vegans and vegan living, diet and recipes that regularly appear in newspapers and magazines, and those posted online can gain exposure beyond all borders. Two memorable stories this year that grabbed broad public attention were Ben and Jerry’s launch of a line of vegan ice creams and Hampton Creek (maker of vegan Just Mayo) standing up to Hellmann’s legal threat.

Just a few of the many other places that non vegans are also encountering the V word are at supermarkets, as more and more manufacturers label their products vegan; at conventional restaurants, as the trend of adding vegan options to menus continues to grow; and at bookstores where shoppers are greeted by shelves and shelves of vegan cookbooks.

Obviously the above only accounts for some of the ways and places that people “bump” into veganism. The bottom line is that, at the very least, the term vegan has been heard of or is known by much of our populace. What’s so exciting about that? It all has to start somewhere, because people can only consider the merits of a vegan diet if they’ve heard of it in the first place. Veganism has gained both visibility and momentum that is showing no signs of waning. Lets all of us lend a hand to keep this trend advancing.

Sorry. No data so far.