Home | Articles | Health & Nutrition | Exercise & Fitness | USE IT OR LOSE IT! 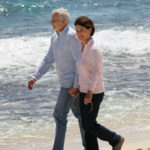 The aging process has little to do with stiff joints, weak inflexible muscles or poor circulation.

It has almost everything to do with inactivity and unhealthy dietary habits.

Being young does not guarantee a state of physical fitness; in fact, many active adults are far fitter than the average sedentary teenager.

These statements may not come as a surprise, but knowing is different from doing. Are you investing in your future health and well-being, or just paying ‘lip service’ to the importance of regular exercise?

An epidemic of our times

Physical activity is as vital to the life of your organism as the foods you eat. Leave your car in the garage for twenty years and then try to take it out for a drive. Even if the door does not fall off in your hand as you go to step inside, the battery certainly won’t turn the engine over. The fact is quite basic – use it or lose it!

The older people get, the less likely they are to be physically active. However, being sedentary contributes to premature aging. So, with each advancing year, it becomes progressively more important to exercise.

According to the United Kingdom National Fitness Survey (Allied Dimbar, 1992):

Nearly one third of men and two thirds of women found it difficult to sustain walking at a reasonable pace (three miles per hour) up a one to 20 slope.

Thirty percent of men and 50 percent of women aged 65 to 74 did not have sufficient muscle strength or power to lift 50% of their body weight – and as a consequence would have difficulty getting out of a chair without using their arms.

There are many indicators that these shocking findings represent trends in most developed nations. As we live more and more from an intellectual perspective (with labor-saving gadgets, moving walkways and automobiles), our physical awareness tends to decline, and along with it, our health. Most people have already become so disembodied in their awareness that they have distorted perceptions about how active they really are.

The fitness survey also revealed that many people assume their hectic lifestyle replaces the need to exercise – 80 percent of the survey respondents reported that they do enough to keep fit. In reality, however, eight out of every ten people were getting less physical activity than was needed to benefit their health. This apparent lack of awareness give partial insight into the reason why so few of the population exercise, but there is another key reason why inactivity has risen to epidemic proportions in Westernized society – lack of knowledge.

Most people know that they should exercise, yet they remain unmotivated because they do not know why they should exercise. By identifying a few of the many wonderful benefits of an active lifestyle, you can fuel your enthusiasm to get up and move. And here’s another reason to “get up and go”: As vegetarians and vegans, we are sometimes stereotyped as being weak, anemic and pallid-skinned. If we are to inspire those living a carnivorous and destructive lifestyle to adopt our way of life it is vital that the image we portray is one of vibrant health and robust vitality. Each and every one of us who practices this gentle and reverent way of living stands as an example of vegetarianism, whether we like it or not. It is well known that appearances count far more than words and that the most powerful way to teach is by example. It is with that in mind that I offer you my wholehearted encouragement and support to walk, run, jump, skip, pull, push, stretch, lift and frolic your way to a healthier physique.

A joint is the junction of two bones. The ends of one’s bones that meet to form freely movable joints (such as elbows, hips and knees) are protected with a layer of cartilage. This sponge-like mass protects the bone ends as they move against each other, acts as a shock absorber and is instrumental in transporting nutrients to the bone tissue.

Every joint is cased in a synovial capsule. The membrane of this capsule, when stimulated by movement, produces a fluid that keeps the cartilage lubricated. Minimally-used joints produce little synovial fluid, causing cartilage to become brittle, dense and non-yielding. Once dehydrated for an extended period of time, slits begin to appear in the cartilage, much like the cracking of earth during a draught. Remaining fluid leaks out, further deteriorating the system.

As the body attempts to repair its diseased joints, scar tissue forms, resulting in pain during movement. This severely exacerbates the problem, as the individual is now even more hesitant to be active due to the pain experienced when doing so. Gradually, a down ward spiral of degeneration takes place, often to the point of losing physical independence. This state of disease is commonly referred to as osteoarthritis.

Once of the secrets to joyful joints is to regularly take them through their natural ranges of intended movement. The knees and elbows are hinge joints and are therefore designed to move through one plane of movement, like the hinges on a door. Attempts to move them laterally or to rotate them – especially with force – can result in extensive damage to the surrounding ligaments. Simple squats, stair climbing and kicking a ball are all effective ways to exercise knee joints. Cycling is a good alternative for people whose knee joints are painful, as they can be mobilized without bearing weight.

The shoulder and hip joints are composed of a ball of bone that fits into a concave socket. This allows them to be moved in a comprehensive range of directions. Racket sports and swimming make good use of the shoulders. Using a “hula-hoop” is a fun way to maintain healthy hip joints, but simple stair and hill climbing are also effective. Exercising in the water can be invaluable for people with painful hips, as body weight is supported alleviating pressure on joints.