Nutrition Matters: To D or Not to D? 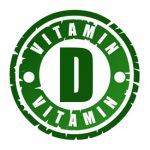 Vitamin D has become the new superstar of the vitamin world. It was not so very long ago that vitamin D was associated only with bone health and the prevention of rickets and osteoporosis. Over the past decade, the evidence that vitamin D plays a far greater role in health, has escalated. Research suggests that vitamin D may protect against numerous forms of cancer, heart disease, diabetes, multiple sclerosis, rheumatoid arthritis and gum disease.

Vitamin D is unique relative to all other vitamins. It is a hormone that has receptors in cells throughout the body. We are just beginning to understand the critical roles this special nutrient plays in health and disease. It impacts your cells, your bones, your muscle, other hormones, and it affects your nervous system and your immune system. Vitamin D can be made in the human body by exposure to warm sunshine or other sources of UV light (UV lamps). Unfortunately, for many people, their exposure to sunlight has dwindled to such an extent that their vitamin D production has been seriously compromised. For the general population who have limited sun exposure, fortified foods and fish are the primary sources of vitamin D. In North America, cow’s milk and margarine have served as the primary vehicles for vitamin D fortification.

The first step in determining your vitamin D needs is to ask yourself if you get sufficient sunshine. If you live around 33 to 35 degrees north latitude (Los Angeles to Atlanta,) your vitamin D production may be inadequate from late November through early February. If you live around 40 degrees north latitude (New York City to Boulder), the “vitamin D winter” (period when you can’t make enough vitamin D from sunshine) extends from early November until early March. Going further north to 53 degrees (Edmonton, Canada), it is likely that you are “D-fecient” from October to mid- or late March. While it is true that you store vitamin D with adequate sun exposure in the summer months, there is little guarantee that it will carry you through an entire winter. Of course there are concerns about getting too much sun – wrinkles, age spots and even skin cancer. Sun exposure is a bit of a balancing act.

Most light-skinned people can make enough vitamin D with 5 to 15 minutes of warm sunshine to the face and arms or an equivalent surface area of skin each day. For people with darker skin, the time required increases to a half hour or more. As people age, vitamin D production wanes, and by 70 years, our ability to produce vitamin D is only about 30 percent of what it was as a young adult.

There is no doubt that people with limited exposure to warm summer sun need to include a good source of vitamin D in their diets. For vegans, this could come from two places: dietary supplements and fortified foods.

There are two types of vitamin D commonly found in fortified foods and supplements: vitamin D2 and vitamin D3. Vitamin D2 is the form of the vitamin that is derived from plants, while vitamin D3 is generally derived from animals. Unfortunately, vitamin D2 has less activity than vitamin D3. This means that vegans who seek out vitamin D2 in order to avoid animal products may need to consume greater amounts to get the same benefit as what is provided by vitamin D3. It is estimated that vitamin D2 has only about 60 to 75 percent of the activity of D3. It is possible to find synthetic vitamin D3 in some supplements, however (unless specified), you would have to ask the manufacturer to ensure that it is not animal-derived.

The recommended intake or Dietary Reference Intake (DRI) for vitamin D is 5 mcg (200 IU) for children and adults up to age 50 years, 10 mcg (400 IU) for adults aged 50 to 70 and 15 mcg (600 IU) for adults over 70 years. Many experts now think that these recommendations are insufficient, especially if you rely on vitamin D2.

It makes good sense for vegans to aim for approximately 15 to 25 mcg (600 to 1,000 IU) per day during the months that they do not get sufficient sun exposure. People over 50 years of age may wish to aim for the higher end of this range.

The vegan foods most commonly fortified with vitamin D2 are non-dairy milks (typically contain 2 to 3 mcg (80 to 120 IU per cup), however most people do not consume sufficient amounts of these milks to meet their recommended intakes. The more reliable alternative is to take a vitamin supplement. Some multivitamins contain sufficient vitamin D, so this is a reasonable option. Otherwise a single nutrient vitamin D supplement can be used (vegan vitamin D2 is available in 400 IU caps – two per day would be sufficient for most people). Vitamin D can be toxic when taken in very large doses, so more is not better. The upper limit (UL) for vitamin D, as set by the National Academy of Sciences, is 50 mcg (2,000 IU), although many experts feel that up to 100 mcg (4,000 IU) is safe for adults.