A Smorgasbord of Risks: Sooner or Later, Health Liabilities Catch Up 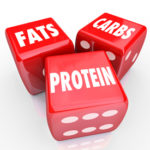 “The Atkins Diet works,” began a favorite letter complaining about an anti-Atkins article in my local paper, “I’ve successfully used it to attain my ideal weight six times!”

This was said with a straight face.

Once again, no one is arguing with Atkins that short-term weight loss can’t be achieved by eating his prescribed ratio of protein, fat, and carbs; but it’s funny how many people seem to find the need to re-use the diet – meaning that in the interim, for whatever reason, they’ve gained the weight back for whatever reason.

This yo-yo pattern over time is not something that would strike the average person as intrinsically safe or healthy, yet Taubes insists Atkins’s plan is both. He does so by equivocating on the term “diet” – one meaning (e.g. Atkins) being something you do as a project for a given period of time, and another (e.g. vegetarianism) being an overall, lifelong approach to eating. “Big Fat Lie” tries to leave readers with the impression that if Atkins’s plan succeeds in the first sense, it must also in the second.

But that’s quite a stretch. As soon as you look at effects across a life span, seemingly benign issues like saturated fat and cholesterol begin to grow more malignant. And while your odds of getting a burger laced with E.coli, salmonella, listeria, or Mad Cow are comfortably small for each individual serving, they mount steadily when you make “bacon cheeseburgers” a staple food. Additionally, the fact that antibiotics, growth hormones, dioxin, mercury and other contaminants inevitably build up in animal fat becomes a concern as you ingest this material over time. Especially since it builds up in your own fat as well, is very difficult to get rid of, and is, in one way or another, dangerous. It’s no wonder that there’s a proven correlation between low-carb animal products and cancers of the gastro-intestinal system – another variable that Taubes doesn’t see fit to factor into his equation in touting animal fat’s health profile.

He also doesn’t look at the flip side of strictly limiting carbohydrates – that it means limiting many of the nutrient- and antioxidant-rich plant foods which are constantly being shown to be protective against cancer, high blood pressure, and other ailments.

But he knows he does have to address one liability, because most people have already heard about it in relation to overloading protein – and that’s ketosis. Parroting Atkins’s longstanding defense, Taubes suggests that perhaps “the medical community and the media confuse ketosis with ketoacidosis, a variant of ketosis that occurs in untreated diabetics and can be fatal.”

It’s true that ketoacidosis is a very serious condition, requiring emergency-room treatment. But the fact that we know many people have gone on the Atkins plan without any emergency-room visits suggests that Taubes is once again whistling Dixie: Are we really to believe that all the medical professionals who list high-protein diets’ health risks simply “can’t tell the difference” between long-term kidney/liver strain, and a condition that’s immediately life-threatening?

Suzanne Havala-Hobbs, a registered dietitian and assistant professor at the University of North Carolina’s School of Public Health, points out that “ketosis is a natural physiological state at times, such as during a short-term weight-loss diet.” But, she stresses, “it’s certainly not healthy if sustained indefinitely. In other words, no one should strive for a state of ketosis as being a way of life.”

This is not to say, of course, that it’s impossible for Atkins-style diets to do immediate and dangerous damage to the body: The news last October may have given some “low-carb” proponents pause, especially coming so soon after Atkins’s own heart troubles: A teenager died from heart complications her doctors say were directly related to a high-protein diet she had recently adopted. One woman who worked at a hospital told me that their staff had been warning patients for decades about the unstable electrolyte balances high-protein diets can produce (and which seemingly brought on this teenager’s death).
But the occasional death or lifesaving operation overshadows what’s a basic problem with Atkins: Even if you do okay on it for a couple of weeks or months, or you don’t have any complications, then what? For most, the answer seems to be, ease off the diet, and watch the weight skyrocket back up. But if you don’t, and continue ingesting huge amounts of proven carcinogens and saturated fat over the years, you’re likely to learn about none-too-healthful “accretion.”

Neither of these is a prescription for health – by its nature something that must work over the long term – “short-term health” is not something any rational person would seek. The basic mechanism behind Atkins-style diets is tricking your body into putting in extra effort towards appetite reduction – in other words, playing games with metabolism. And, making games your day-to-day lifestyle is both dubious and dangerous – as more than one unfortunate dieter has found out.

As Havala-Hobbs concludes, “it should be self-evident that any effective weight-loss diet is one that can be sustained for the long haul. The Atkins Diet and others of its ilk can’t be without harming health, so I think they’re of little value.”

Vance Lehmkuhl is a writer and political cartoonist for the Philadelphia City Paper. A collection of his vegetarian cartoons is published as a book, “The Joy of Soy.” Vance is featured as a speaker and entertainer at Vegetarian Summerfest.